The Honorable Robert Nesta Marley (Bob Marley) had an unnerving habit of referring to “his” God as, “Jah Rastafari.” Jamaica’s Christian community immediately dismissed him for being of “The Devil.” They said that his “end” would be bitter, and he would burn in hell for all eternity. After all, he had those “filthy” dreadlocks, and cleanliness was next to Godliness. “No one that filthy could be of God” was the condemnation that came from church folks all across Jamaica.

But if anyone had ever taken a sample of Bob’s lyrics, it would be crystal clear that this man was indeed of God. It would be evident that this man embodied the consciousness of Christ. He just did not look like a “child of God.” But if memory serves me correctly (and I’m sure that it does), Jesus didn’t look much like a King of Kings either, and was pretty much chastised by the religious community of his day. 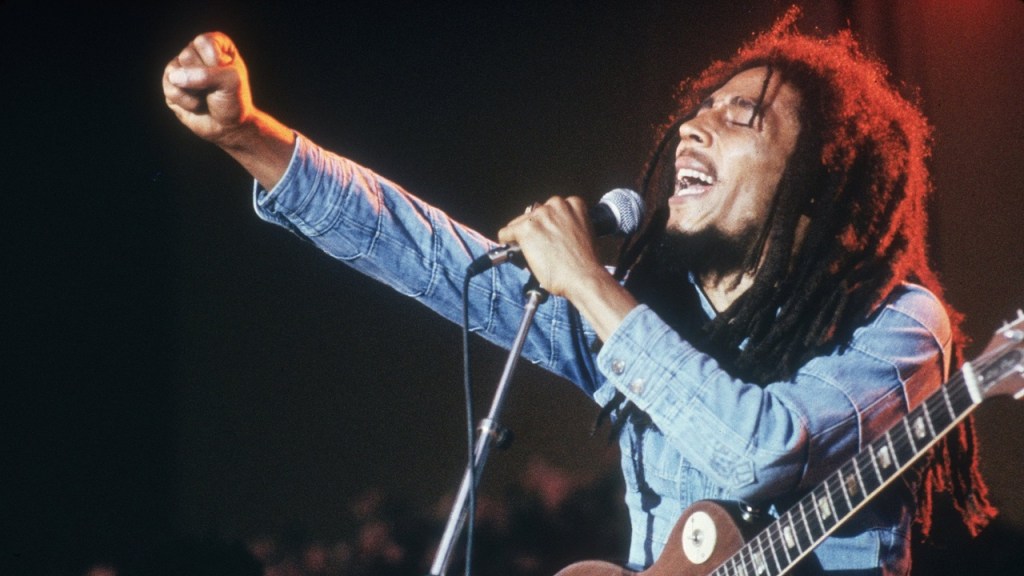 “We don’t need no more trouble; what we need is love.”
“Speak happiness; it’s sad enough without your woes.”
“I want to love you and treat you right.”
“Until the philosophy which holds one race superior and another inferior,

Is finally and totally discredited and abandoned, there will be war.”

And like any other great messenger, he spoke out against the hypocrisy of his day.

“We built your penitentiaries; we built your schools,
Brainwash education making us the fools.
Hatred, you rewarded for our love
Telling us of your God above.”

So Bob didn’t fit into the mold of what the “Church” believed a child of God should look and sound like, and therefore the Christian Community rejected him. However, when political violence reached its peak in Jamaica, it was Bob Marley who organized to have the leaders of both political parties join him on stage. He joined their hands in unity and appealed to the Jamaican community for peace. None of the Mighty Men of God that condemned him were present, nor would they attempt such a feat because this was a very dangerous thing to do. (Bob Marley was later shot and wounded for his actions) It was the “cornerstone that the builder refused” who managed to bring some level of peace to Jamaica.

So again, I ask, “What does a child of God look like?”

Years ago, when my mom and dad were going through a very turbulent time in their marriage, my mom went to her pastor to seek counseling. The minister immediately recognized that my mom was at a vulnerable point in her life, so he was very aggressive with his sexual advances towards my mom. The thing that disappointed me the most was not the actions of the minister, ( I didn’t expect any better from an apparent pimp in the pulpit) but the fact that my mom kept going back to the church and giving this joker ten percent of our grocery money.

A few years ago, I spoke at a church in Irvington, New Jersey. After months of petitioning from the congregation, the minister decided that she would allow me 10 minutes. In her introduction, she told the congregation, “He is a friend of Les Brown, so he IS somebody.” Immediately my Vulcan logic kicked in, “If being a friend of Les Brown makes me somebody, then not knowing Les (which her congregation didn’t) would make them…well…NOBODY!” I thought that being created in Divine likeness was sufficient, but evidently, I needed to befriend a motivational speaker in order to be “somebody.”

There’s a woman in Newark, New Jersey, who has a severe crack addiction. Everyone knows that she an addict, and she doesn’t try to hide it. However, she refuses to beg or steal to support her habit. Instead, she washes cars for the “Pharmaceutical Sales and Distribution Force” of the inner city. She makes appointments and is never late. I had her wash my car once, and she left such a showroom shine on that bad boy I became addicted (no pun intended) to her work. She is a woman of great integrity, but chances are, most folk would not recognize God in her.

My point is this; you will find God in the most unusual places. No one has a monopoly on who God is and how He shows up. I’ve spoken in prisons and met God on Death Row. I’ve seen God in murderers and witnessed his absence in ministers. Remember that we were instructed to judge a tree by the fruit that it bears and not the fruit that it speaks about. Forget the words of people, but observe their actions; their actions will always tell you the truth of who they are.

Most of the great men and women of the bible were killers, drunks, and whores, yet God in His divine wisdom found a place and a need for them. Let us stop being so dismissive of our fellow human beings. Can we just drop the pretense and admit that we’re ALL facing challenges? Can we acknowledge that we sometimes fall short? Why this illusion of perfection? Jesus ran with the worst of the worst and condemned none.

One of the most notorious gang members of the ‘Newark Bloods’ once told me, “If these ministers want to introduce me to their God, then they have to deal with me in a more God-like manner. But if they come over here and start judging me, I’ll send them to meet their God tonight!” You’ll never be able to introduce a God of compassion to anyone while you’re in a state of judging outside appearances.

So allow more LOVE to flow into your life and through your life; this way, whenever you feel a need to seek God, all you have to do is look in the mirror. The Kingdom of God is within…within you. Remember, “Let YOUR Light so shine that men may see it and glorify your Father which is in Heaven.” Or, in the words of Gandhi, “Be the change that you wish to see in the world.”